I’ve have added one or two videos to this blog because I think they are informative and interesting  .... and one of them is mine!


The latest one is by wubbly on Besslerwheel forum.  It shows the comparative sizes between Johann Bessler’s four recognised wheels, or perpetual motion machines.


Other examples of hypothetical perpetual motion machines have also been simulated by wubbly here.


I am also a fan of Valeriy Ivanov’s work, the man behind the Visual Education Projects who produces videos of apparently working versions of many hypothetical perpetual motion machines.  Each are beautifully demonstrated with perfect models, but which are discretely driven by hidden motors.  You can see his work here.


My own videos include this one which I made many years ago which goes some way to pointing out the coded material and giving a brief account of the legend of Bessler’s wheel.


A few years ago, I was invited to be interviewed in Rome for RAI TV for a documentary about Johann Bessler, but although I was interviewed at length, most of my contribution was cut and my remaining words dubbed in Italian.  The main object of the film was to introduce various ‘experts’ who dismissed my point of view and suggested that Bessler was a fraud, not too surprising given the long established view of majority.  Here’s a link to the video.


There are many other videos which I could link to, but these are some that I like. I have not linked to any simulations here, partly because there are so many, but also because none of them prove anything, other than a particular design concept doesn’t work.  Simulations are popular, and I’m told they can save much time in constructing mechanisms and testing them, but for me they remove the intense personal hands-on experience and intuitive understanding which can only be gained by building everything with your hands.


If anyone can point to an interesting video of Bessler’s wheel maybe showing interesting mechanisms, I might be inclined to add it to this blog.


I have been working on deciphering and interpreting Bessler’s codes and hints for several years, but no working wheel yet.  During this journey I have frequently put together a mechanism I ‘got’ from Bessler and it failed but just by moving it by hand and making alterations I learned stuff which would never have occurred to me if I just relied on sims, with the result that I have the whole design concept in construction right now.  I use pencil and paper to work out an arrangement and then I  build it. Having a build right in front of you gives you the opportunity to make alterations, both minor or major and leads towards deeper understanding.

As for my own reconstruction, I’m ploughing on with it, slowly but surely and I’m still aiming for completion in September, only four weeks.

I guess I owe an update on my mission to finish my reconstruction of Bessler’s wheel and publish the result in September.

Frustratingly, I discovered the solution to Bessler’s wheel more than two years ago, but it was just the concept and not all of the detail. In fact I didn’t ‘discover‘ it,  I found it in Bessler’s clues.  Although I had managed to extract much of the design from his clues, that is where I got stuck. I thought I had identified all of the clues I needed and yet there were problems making some parts of the mechanism work in the way I had planned it, according to the concept I had found. I knew if I was right then Bessler must have provided useful hints for every problem encountered, by providing clues showing the correct solution, but it was a struggle to identify more clues and interpret them correctly, it was like pulling teeth! But slowly, bit by bit I found them and got to understand their meaning and eventually I knew I had the whole thing worked out and ready for assembly.

Under the best conditions the design calls for skills and equipment I no longer have, but I’m carrying on with my amateurish efforts and I’m hopeful that I’ll finish soon.  Even with the clues there are still  occasions where trial and error are necessary, and progress happens in fits and starts.  Some clues don’t become meaningful until the build has progressed to a certain point, and then realisation suddenly illuminates one’s mind.

According to the solution certain actions needed to take place but try as I might I was unable to make one movement in particular, act as I expected and it has taken me until this year to understand how it works. It works in a counter-intuitive way, but I had unconsciously applied assumptions to its action which turned out to be wrong and prevented my seeing it moving as required. My own thoughts or preconceptions had guided my expectations which blinded me to the truth and obstructed the desired result.  But I got there in the end.


One thing is certain, I would never have been able to conjure up this design myself, it is no wonder no one apart from Bessler has ever succeeded. Karl the Landgrave’s opinion that it was very simple is misleading; if you watch a mechanism working you can get an understanding of how it works,  but, although Karl clearly understood what he was seeing, he had never actually made something himself so may not have understood how difficult it would be to build. . Watching Bessler’s mechanisms in action would be fascinating (and will be I hope!) but to see and realise all the complex interactions that occur very quickly could take a lot longer than a few minutes of study.


Finding and decoding all of Bessler’s clues requires patience and imagination, something I’m not so well equipped with at my age, and although I am sure I am right, in the end I might make a mistake, a simple error, which is why I’m so determined to get all of this work out into the public domain. You can be the judge. Of course I hope to have a working model to prove my work, but if it fails I’m sure there will be enough information for someone to succeed.


I know I’ve said this before, but anyone who thinks we’ll never know how Bessler’s wheel worked can think again, he left information about every aspect of his wheel. To us it looks obscure and ambiguous, but clearly Bessler was worried that someone might easily understand his clues if he made them any easier, so he placed a number of clues in various places and styles and then hid them under an invisibility cloak!

One more thing.  Many people have suggested that a sim would prove once and for all whether the design I’m working on would work, that may be so, I have little experience of them, but I think that a sim of my design would prove quite difficult to make.  I can’t remember seeing any sims with such complex actions. Perhaps a more sophisticated software or experienced simulator could manage it.

For news and videos of my granddaughter Amy who is suffering from CRPS, FND, PTSD and unable to walk and who’s left hand has suffered from fixed contracture you should take a look at her TikTok page. She has over 28,000 followers and climbing!

She is improving, particularly in her attitude to recovering from this nightmare disease. 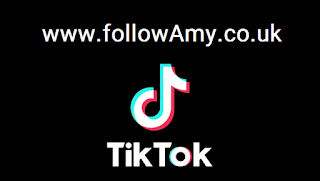