I'm posting some of my musings on the various graphical  features in much of Bessler;s work.

I noticed a comment on the besslerwheel forum regarding the drawing of a Roberval Balance parellogram on page 556v (page 169 in my published version of Maschinen Tractate). It said that Bessler's drawing showed the Roberval Balance at an angle and therefore, it looked as though the weights were not equal. 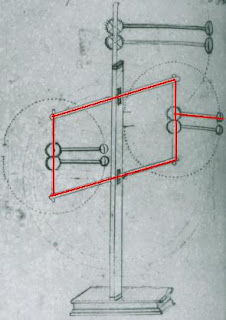 Stewart responded thus, '... It won't self-level, and you can move the parallelogram up and down with ease and it will remain stationary when you let go. This is not a "normal balance" and is a very interesting demonstration that should be studied and understood.'  Below is Roberval's balance drawn in 1669. 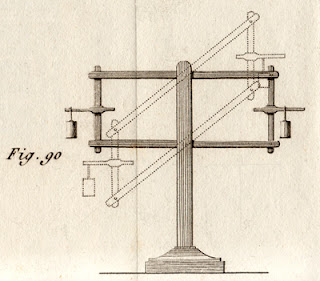 I think it worth pointing out that this system was designed to allow the weight of any thing to be checked against a known weight. The object to be weighed is placed on one of the two weigh-pans and checked against some known calibrated weights on the other pan, until balance is achieved.  The big advantage is that it doesn't matter where on either pan the object to be weighed, or the calibrated weight, is placed. 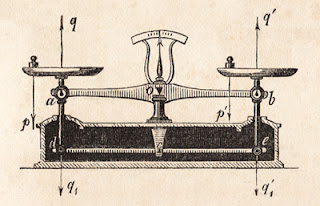 With differing weights the balance will be tilted downwards by the heavier weight, but because the weights were of a similar mass the two pans were always in equilibrium, whether tilted an angle by hand, or level with each other. 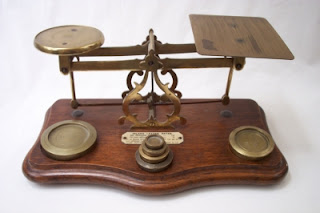 The weigh-pans on the Roberval balance are fixed to a multi-jointed parallelogram whose two other sides are pivoted in their midpoints to a vertical post.  This parallelogram bears similarities to the figures 'C' and 'D' on the 'Toys' page, (MT138-141).  It also has a passing resemblance to the lazy-tongs shown as figure 'E' on the same page. 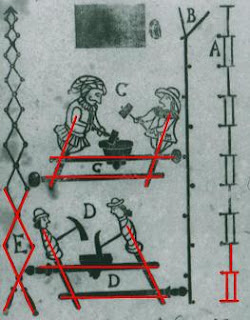 It seems worth pointing out that the ubiquitous letter 'A' with the sometimes bent middle arm in the Maschinen Tractate, can form a parallelogram but is also similar to the pantograph, a device for replicating a design in a larger of smaller scale.

To me the pantograph shown below and drawn in 1867 look somewhat similar to the square and compass so often attrributed to the Freemasons, but also in the second Portrait. 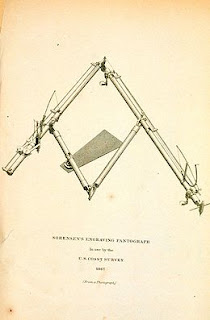 Do these various depictions have any connection with each other, or do they just bear a passing resemblance to each other?