Back from Spain and almost missed Gonzalo!

My apologies for not responding to any comments.  I've been in Spain for a couple of weeks and was unable to comment although I did read all of them.  The weather was perfect, wall-to-wall sunshine temperature always around 28 C or 82 F.  Plenty of the juice for those who like to occasionally imbibe the fruit of the grape (and I do!) - occasional being daily of course.  I read that the hurricane would have petered out by the time it came to England so it was something of a surprise to learn that most of an 60 foot tree had landed in our front garden!

When I returned this morning and discovered that a tree had fallen into our front garden, narrowly missing the house I was just thankful that I left my car at the airport and that no one was in the drive or driving past when it fell. 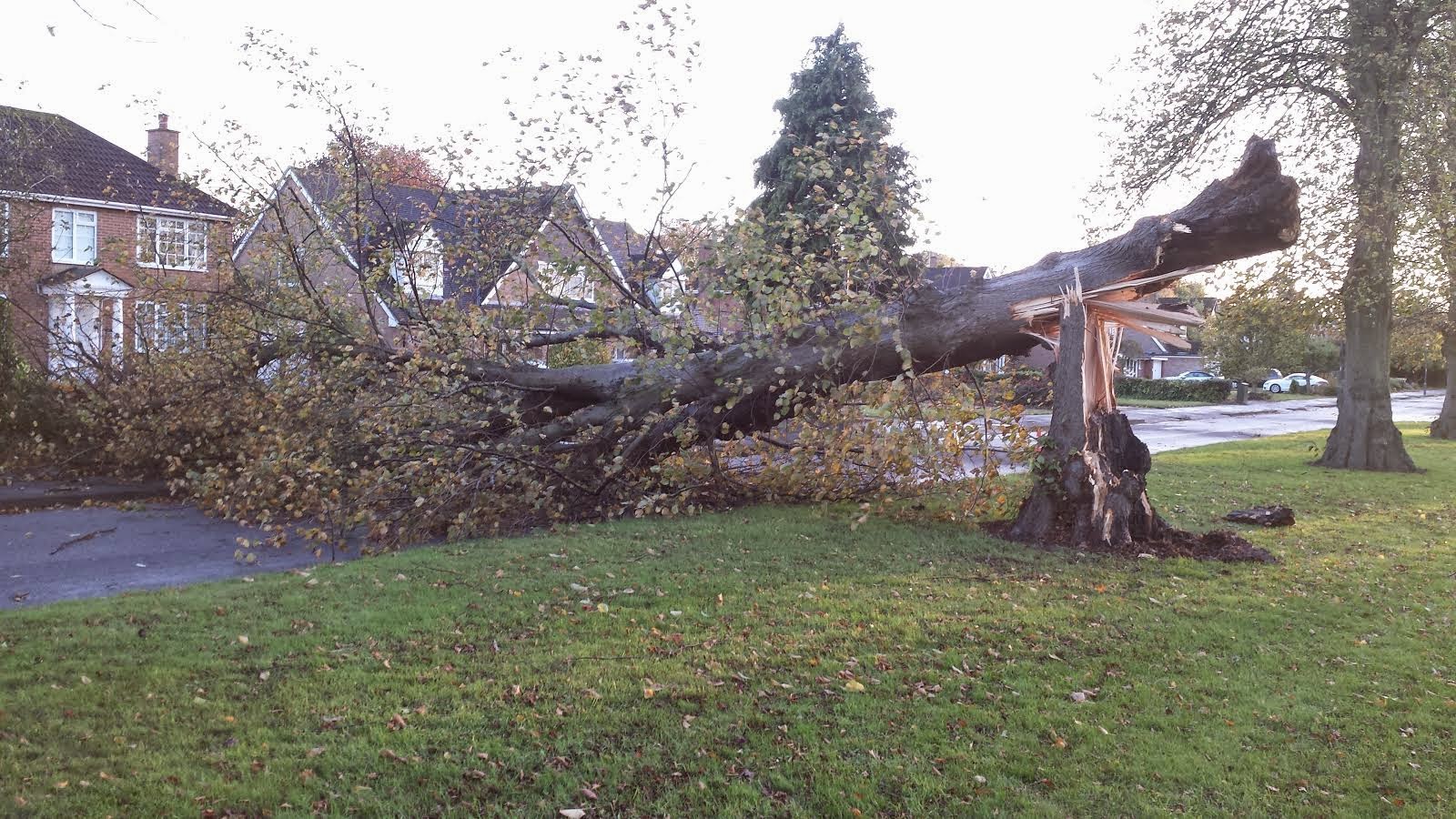 View of tree before it was removed, thanks to local Warwickshire News.  Three other trees fell due to the effects of the tail-end of hurricane Gonzalo and three people did die when trees fell on them

Below is a photo I took from near our house of  the avenue a year ago; they always replace fallen trees in the avenue  There are 116 trees in total so it's quite a task to look after them.  You can see a tree which had been replaced because its predecessor had fallen in the Spring last year.  The trees are about 60 foot tall and I'll know how old they are when I've got around to counting the rings on the fallen one!  They are lime trees and have been up for a long time, but they sometimes fall when the wind is gusting over to 70 mph. 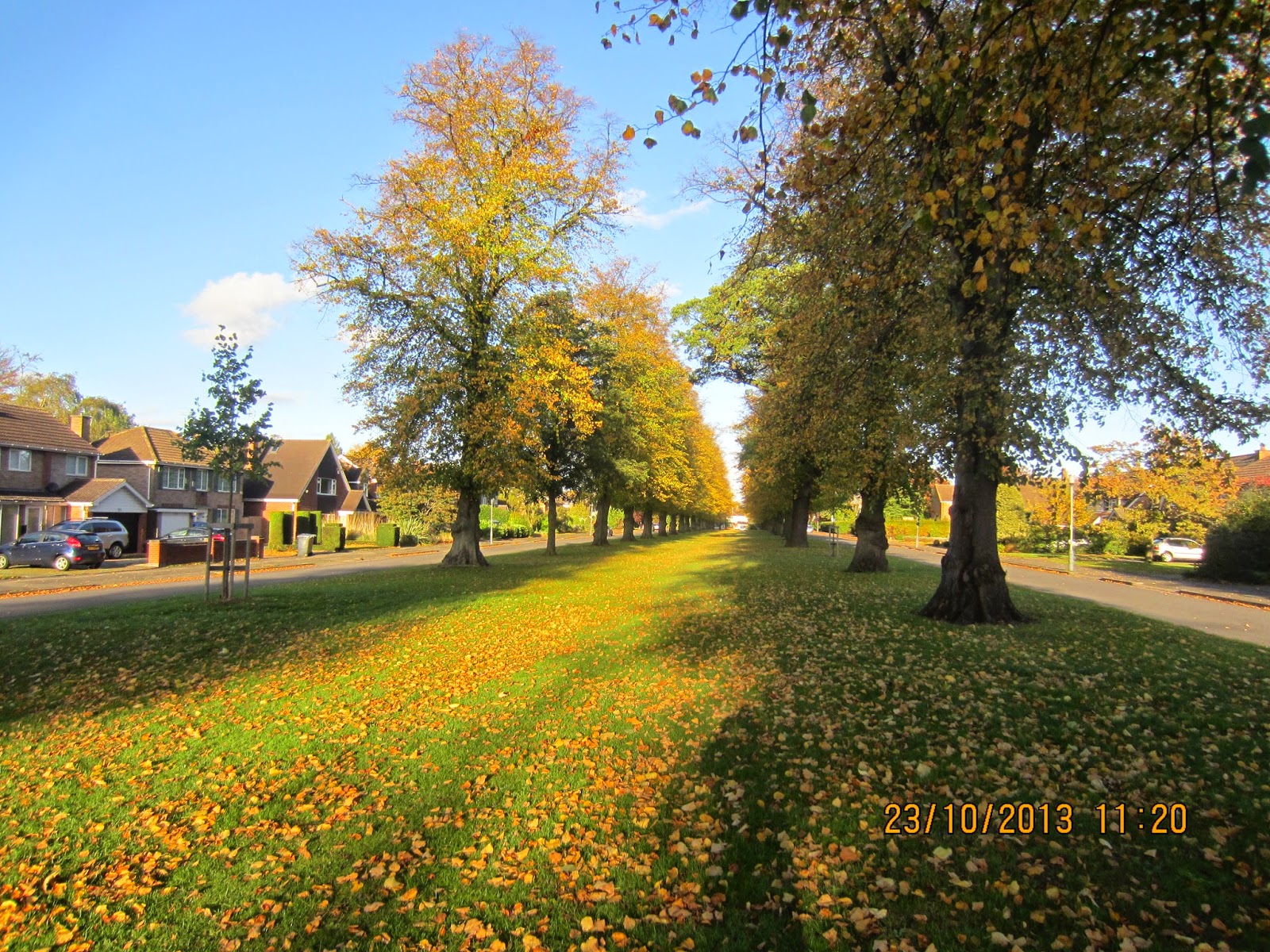 Anyway back to Bessler with my next post.  Those occasional flashes of inspiration we all get from time to time, hit me while I was away and I have a change of opinion to tell you about but nothing too dramatic!