My interview with Vice Magazine.

I was asked if I would do a telephone interview last Tuesday with a free-lance journalist for Vice magazine!  I immediately conjured up images of the kind of magazine it might be, but thought, 'hell, any publicity is good publicity!'

As it happens it isn't that kind at all. It has a readership of 100,000 plus, per month in the UK and over a million world-wide.  The actual interview took about 45 minutes and yet you could read the article in five minutes; obviously it was hugely abbreviated and, as a writer myself, I understand the rigours journalists are required to adhere to, keep it short, succinct and sensationalise anything that needs it. But that headline I shall have to live with!  I only responded to the question, 'do you believe you have the solution?', with 'yes, of course and I am building a wheel to prove it,' which is what I've been doing for most of my life, so far without success.  Having said that I have made great strides forward in understanding how it would be possible, so the answer is correct, I do believe I have the solution and I expect to prove it very shortly,

I was amused to learn the following, from one comment about the article, and I quote:

Betteridge's law of headlines is an adage that states: "Any headline which ends in a question mark can be answered by the word no." It is named after Ian Betteridge, a British technology journalist, although the general concept is much older. The observation has also been called "Davis' law", or just the "journalistic principle". In the field of particle physics, the concept has been referred to as Hinchliffe's Rule.

Betteridge explained the concept in a February 2009 article:

This story is a great demonstration of my maxim that any headline which ends in a question mark can be answered by the word "no". The reason why journalists use that style of headline is that they know the story is probably bullshit, and don’t actually have the sources and facts to back it up, but still want to run it.

Although the interview has been greatly abbreviated, there is nothing there that I didn't say, but it is amazing, when you read your own words, how you cannot help wishing you could have another go at saying what you meant!  Any way I'm pleased overall with what was said and if it can bring more people to believe that Bessler was genuine then that is good.  This magazine is largely read by the younger generation and there are too many of us oldies stil trying to solve this puzzle and fresh younger views can only help to reach the answer to this enduring puzzle..

A German publisher is going to publish my original book in German, hopefully in October and this article fits in quite well with that.  I note that there is a German version of the magazine and perhaps they will include me in it?


Finally, I was amazed to see that the very first comment on the article was a reference to Walter White, otherwise known as Heisenberg in the TV series 'Breaking Bad'.  My family have been referring to me as Heisenberg ever since we all saw the series - and sadly, I've got a Heisenberg T shirt!  I always thought the resemblance was minimla but obviously there is more to this than meets the eye., but I'm not sure that Bryan Cranston (who plays Heisenberg) would be as flattered as I am by the suggested similarity. 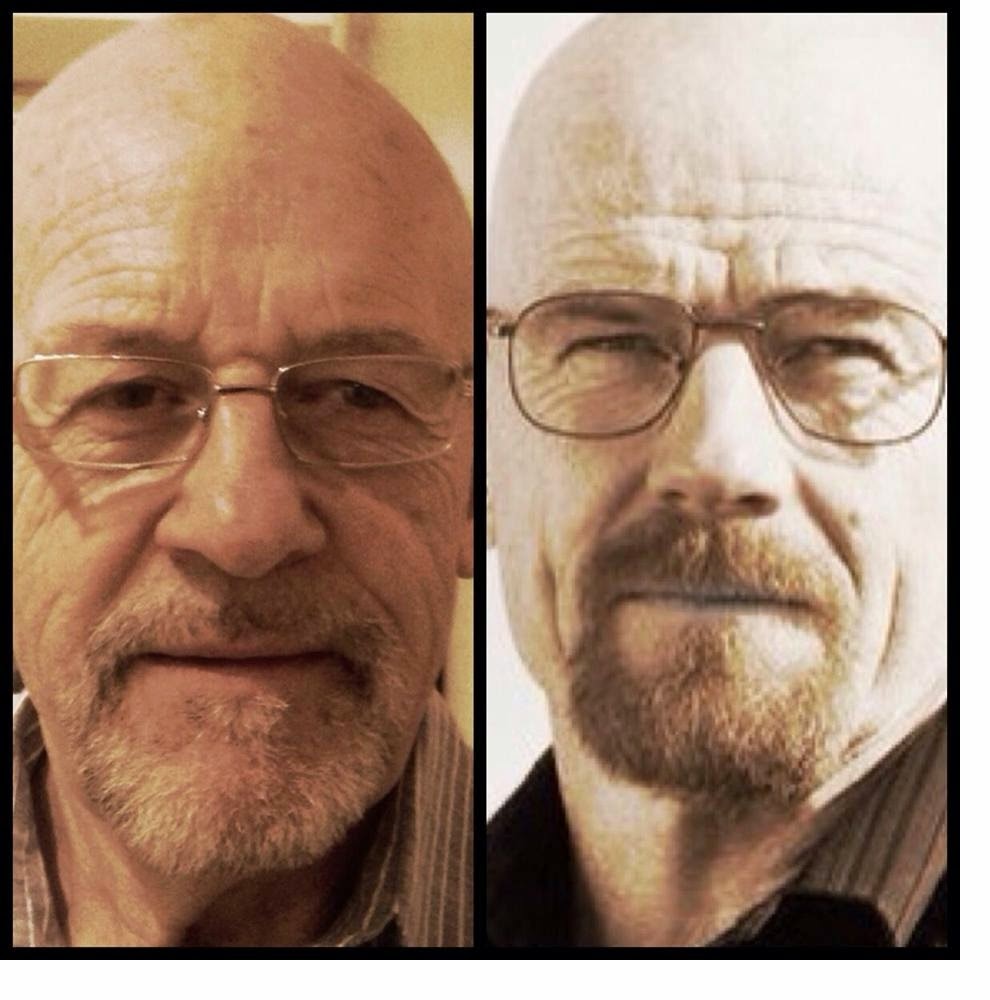 He looks a lot meaner than I do!

One more thing, the pictures of Bessler which you can see in the background of the a photo of my workshop are produced by my long time friend, ovyyus at http://www.orffyre.com./

You read the magazine article at
http://www.vice.com/en_uk/read/has-this-british-engineer-discovered-the-secret-to-infinite-energy