I'll be away in Spain for a few days but will still be able to comment etc.

I've built this new log cabin in which I originally intended to have as my new work shop but my wife thinks it's too good for sawing wood and drilling and cutting metal so I shall be using it to do the wheel design and write blogs etc, but the actual work will be carried out in the garage, now somewhat truncated as a part of the building alterations we have undergone in the last six months.

Here are some picturs of my log cabin under way so-to-speak . 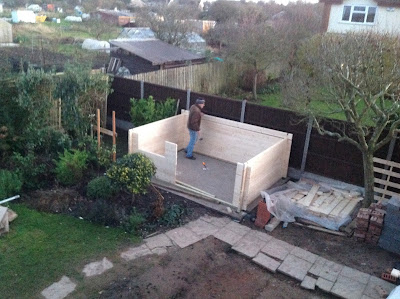 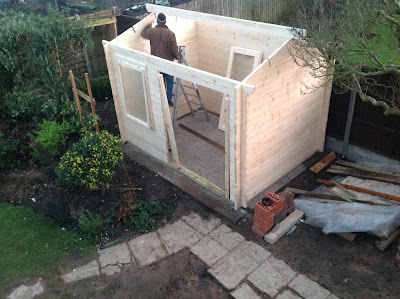 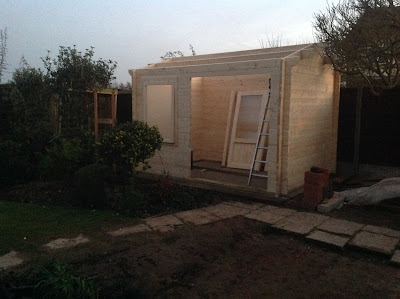 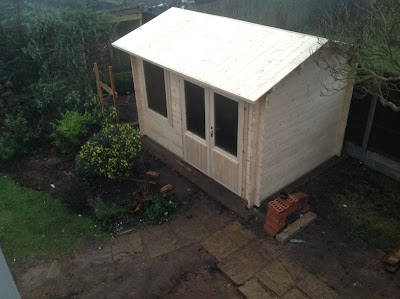 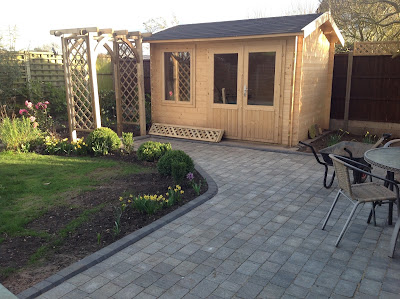 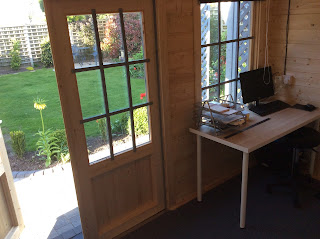 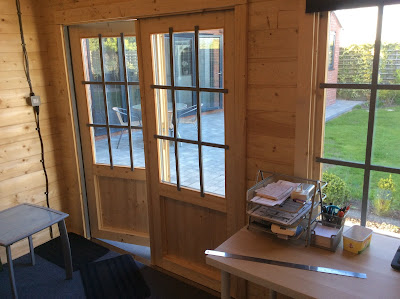 There's nothing much in it yet, other than an old PC which has a lot of drawings on it.  But it will do for writing scripts.  The log cabin will be the place to make the video and I have begun to write the script.  The need to include plenty of images means I can use some for the paper I'm writing.  I call it a paper but really I just intend to publish it maybe as just a digital download or possible in hard copy, so it could be a book, and/or a website.

I've been drawing the wheel design onto a three foot MDF disc so I can drill the holes in the right places and attach the various levers and weights.  Although the garage is shorter than it was, I'm creating an additional storage area at the side of the house where I can put all the stuff which is taking up too much room in the garage at present.  It's not ideal, being long and narrow but it'll do and I'm putting a translucentt roof on, so I can see what's in there in a few months time when I've forgotten what I originally stored there!  It seems as though more work produces more work before I can begin the real wheel work!

Even at this late stage in my Bessler research I had one of those blindingly obvious revelations which cleared up a question I had which had been bothering me for a long time and which now seems so simple I cannot understand why, after so many years of study I didn't see the reason for its presence.

These breakthroughs both small and miniscule add up to a significant amount of information which, if I had published back in 2008, without the new stuff, would have missd the mark by a mile and probably have been of little help to anyone.  Hopefully the new stuff will galvanise everyone into action!

I'll be back soon.