I have received a little criticism from time to time, about my apparent inability to produce a working Bessler wheel, plus my book describing the details of the decoded clues with a full set of explanatory diagrams and a video of the wheel.   It’s true that I haven’t produced any of the above, but I’m not going to share my deciphered clues before I’m ready.  The wheel will be ready when it’s finished as will the book.


I have been so excited about the many clues I’ve solved so far, that I have been tempted, many times, to begin posting them on my blog, but my other half has a wise head and she tells me to be patient, don’t give anything away until it’s all finished and ready.  She said I’d only regret it if I began to share things now and I’d come to wish I hadn’t, later.


My work on the wheel is progressing slowly and I’m also completing the book, at the same time, and I keep going back to improve what I’ve written or drawn already.  The garage is warm enough now so in between working on the book, I’m in there every day, working on the wheel.  One of the reasons for the snail-like progress is the other commitments which engage my time.  I cannot, neither do I wish, to relinquish any of them, but I’m doing my best to cover all exigencies.  I don’t regret the delay in what should be a relatively quick project, but I do offer my humble apologies for keeping everyone waiting, (those of you who haven’t given up on me!)


I have been accused of the same things that I accused Behrendt of,  imagining clues and finding clues which don’t exist.  Fair enough, I have said many times that I know the secret and that I’m going to share all my discoveries, and yet nothing has been published yet.  But it will all be in the public domain as soon as I can arrange it.  However frustrating it may be for you, I can assure you it is just  as bad for me.  I’m brimming with excitement to reveal all,  but I know there is a risk that it will be ignored or dismissed unless I can show a working Bessler’s wheel at the same time, along with a video and a sim.  That will be the proof I need to publish and anything short of that makes a successful outcome less positive.


My personal opinion is that as soon as anyone sees the design, they will ‘get it’ and become convinced that it’s correct, even without a working wheel or a sim, but having seen the reactions to other ‘proofs’, I just want to make sure that my work is accepted as quickly as possible and people around the world seize the initiative and develop a fully functioning electricity generator along with other utilities that may become evident in time.  That requires the evidence of a proof of principle wheel.

Finally, I remain convinced that a patent is completely unnecessary and will have the effect of slowing the development of a practical gravity-enabled wheel.

I thought I’d add a picture of the two of us to show how lovely she is.... 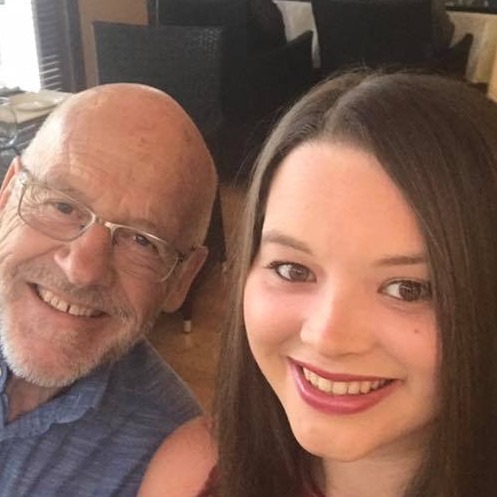 She is a primary school teacher, a keen amateur dancer, and full of energy.  Since the onset of these diseases she had lost the ability to walk, sit up, hold her head up and had to be fed through a tube in her nose.  Thanks to STEPS rehab clinic she has recovered control of her head, she can sit up, eat normally and some of the side effects of these illnesses have significantly diminished.


Unfortunately, STEPS has been persuaded to take a number of corona-19 virus patients and all the non-urgent cases have been shipped out to other clinics.  Amy has ended up 200 miles away from home instead of 100 miles, but none of us can visit anyway because of the lockdown.  Amy is still making progress and has got some limited control in her legs and has made an attempt to stand, which was halfway successful.


Our major concern is what happens next and any donation to her crowdfunding site would still be gratefully received, and can I say a big thank you to the kind people who have already donated.