I'm adding some more drawings just to try to clarify what I've posted already in Part One.  I hope this helps although I know the drawing with both red and blue levers looks confusing!

I have added two green arrows to indicate the two mechanisms which actually provide action rather than a response to rotation.  In the first picture the green arrow shows the direction of motion generated by the red lever in the mechanism at the six o'clock radius.

Note that the red initiator lever shows two weights, this is to demonstrate its two positions before and after its action lever. Those with only one weight show their position at that time and position.

The second picture shows what happens at the same time to the mechanism ahead of the six o’clock mechanism. The blue lever is lifted by a cord attached to the short arm of the red lever. 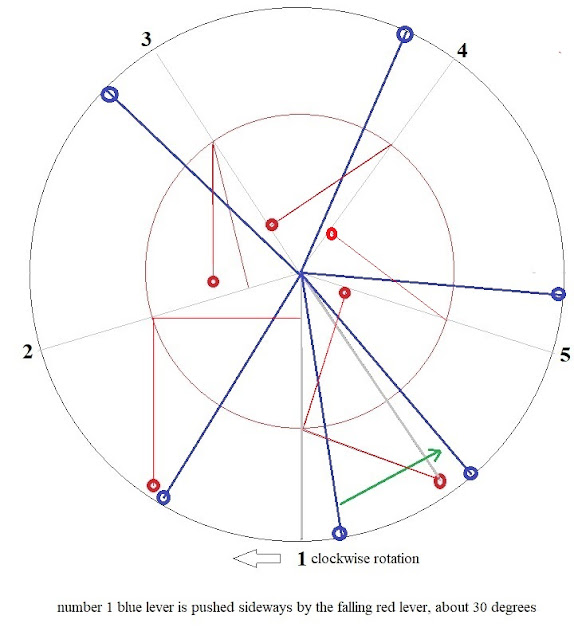 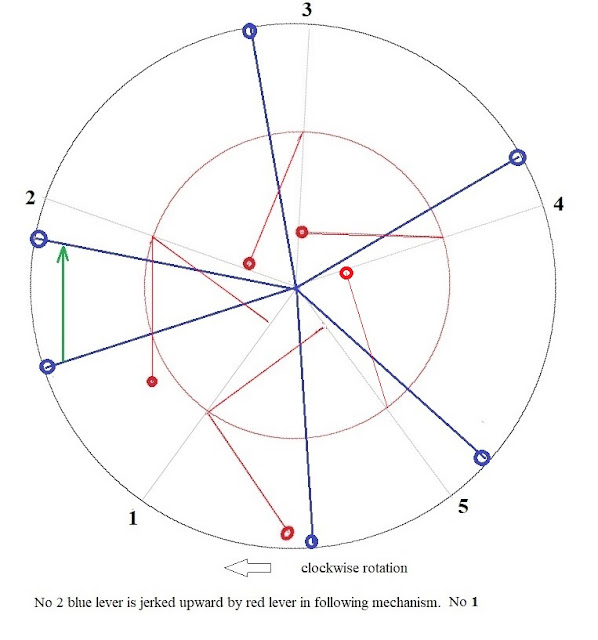 Obviously there are levers not shown which propel the blue lever anticlockwise, and the cord which lifts the blue lever in the leading mechanism up sharply.  Below you can see the pattern suggested for the cords and pulleys.  This same design appears in two of the drawings in Das Tri. 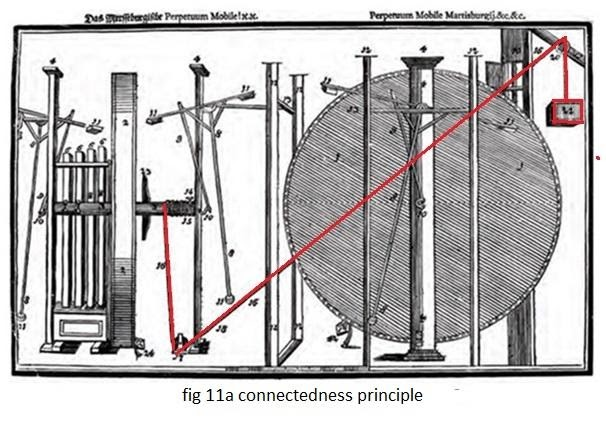