I planned to share a lot of clues in this blog but time is short, so I’ll give you a hint at what I’m going to share in the next one. First of all I want to share some information about the portraits that Johann Bessler placed in one of his books.

The mystery which lies in front of the portrait of Johann Bessler in the front of his book, Das Triumpirende Perpetuum Mobile ORFFYREAN may be less mysterious than it appears to be..

Bessler placed his own portrait behind another one of an older style which had a number of scientific instruments displayed. He seems to have taken some care to find a portrait which matched his own in size and position. He carefully cut out the face of the old style portrait and lined them up so precisely that his own face appeared to be looking through.

See his portraits below 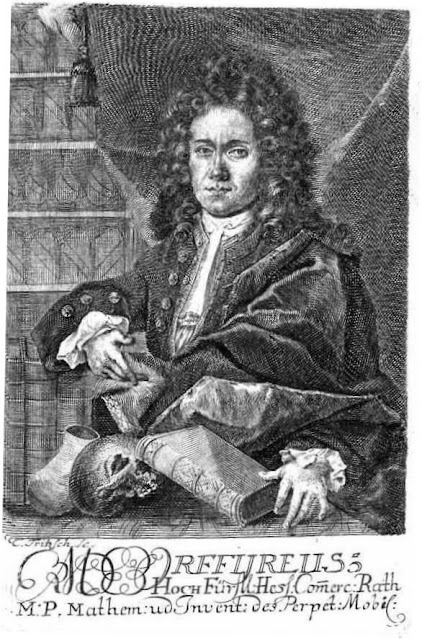 Now you see him looking through the older portrait below. Note the instruments at the bottom of the portrait. 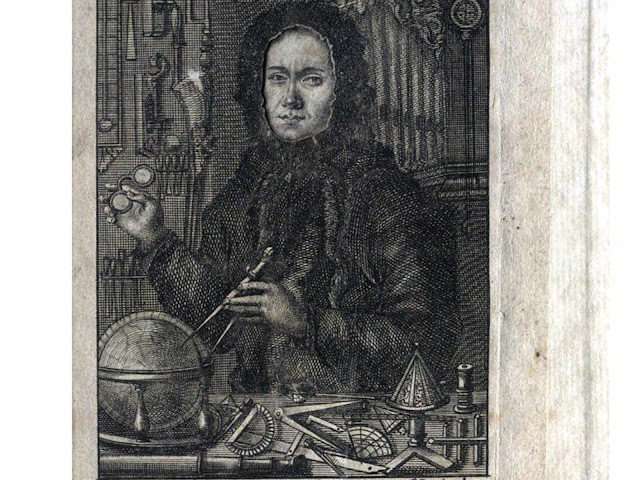 In this last one you can see how the portraits were arranged, the one with the hole in it folded over the Bessler portrait. 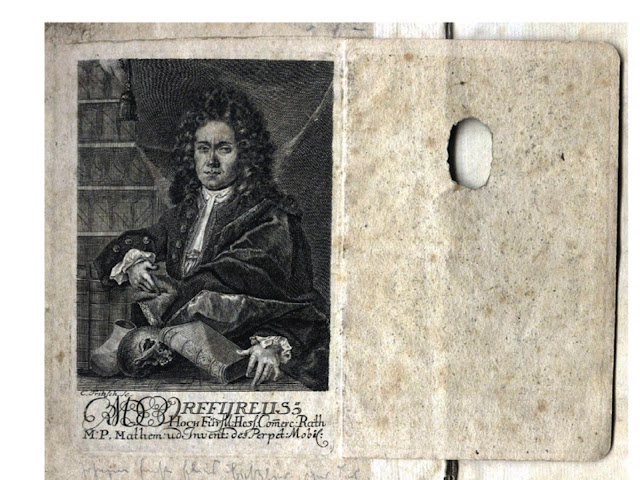 I believe that the figure in the older portrait with the hole in it is a Geometer or what is sometimes a called Geometrician.

According to various dictionaries a geometer/geometrician is a mathematician specializing in geometry. A list of famous Geometers includes, Archimedes, Pythagoras, Apollonius and of course, Euclid.

Geometers are concerned with properties of space that are related with distance, shape, size, and relative position of figures.

In his Apologia Poetica Bessler tells us that, “I became an expert in astronomical matters and in the calculation of calendars. The surveying of woods, meadows and fields was another serious pursuit for me. I’m sure he was familiar with the instruments common to both Geometers and surveyors.

So I looked into the history of Geometric instruments and found several pictures and here are some I found which, as can be seen, are similar to the ones at the bottom of the Geometer portrait. 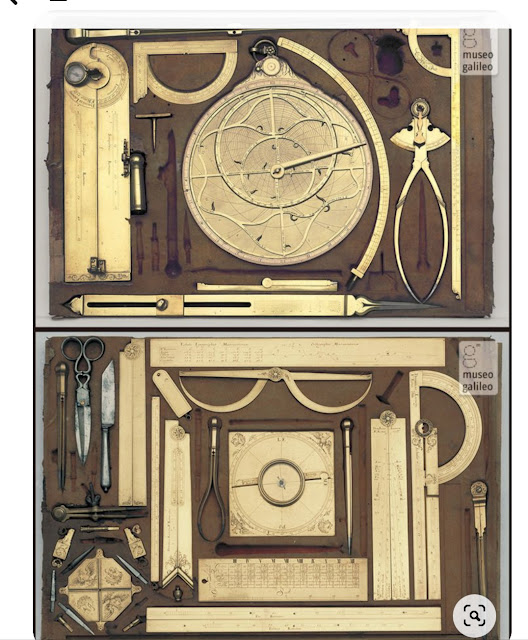 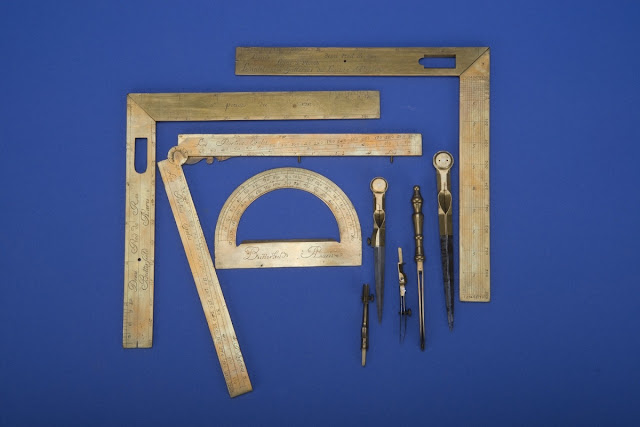 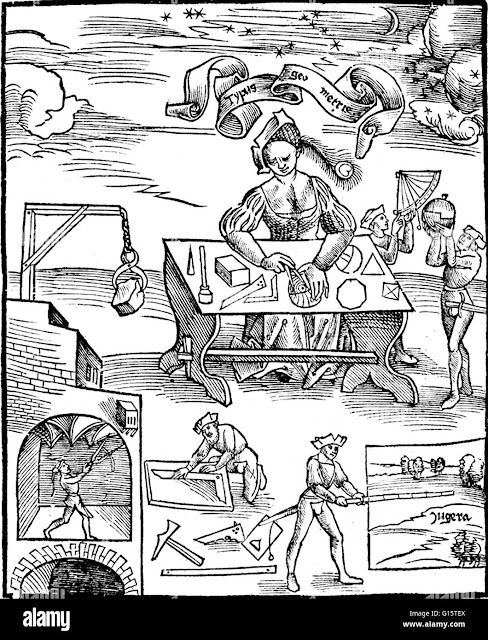 That he saw himself as a Geometer, makes the most sense in my opinion, but what is he telling us?  Bearing in mind that Euclid, for instance was included in the list of famous Geometers, as was Pythagoras, I’m not surprised that Bessler included himself in that illustrious list.  He did title himself, Doctor of Mathematics, Medicine and Perpetual Motion. So I think he regarded himself as a Geometer.  The older portrait included many of the instruments he would be familiar with.
The fact that he appears to be looking through the eyes of a Geometer, suggests he wanted us to see him as a geometer and that we should be looking for evidence of his geometrical figures in his own portrait and they are there. If you to go to my web site at http://www.theorffyreuscode.com/html/2nd_portrait.html for just a hint at what is there, I should warn you that the pentagram is wrong but the concept is right. I posted that web site ten years ago and much has changed since then.
Much greater detail to follow.
JC
By John Collins at November 21, 2021